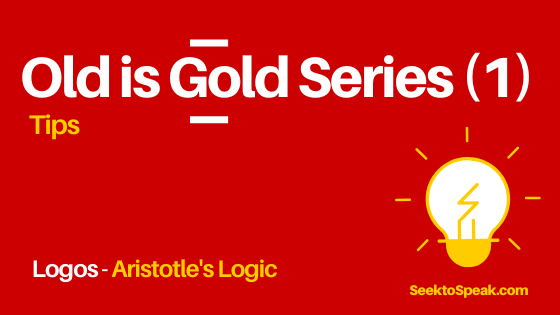 Barack Obama has decided to travel to Malaysia to give a talk on international relations. You immediately buy a ticket for the talk because you know it’s going to be a good one. During the talk, you can’t help but nod your head in agreement with Obama’s point of view. His analysis was sound and the evidence, undeniable. At the end of the talk, you remembered his conclusion and felt motivated to advocate for better international relations between Malaysia and the rest of the world.

Why were you convinced that the talk was going to be good even before you heard it? Why couldn’t you help but agree with Obama’s point of view? How were you left feeling motivated to advocate for a change?

Aristotle once said, “Excellence is never an accident. It is always the result of high intention, sincere effort, and intelligent execution.” Though Aristotle, the Father of Western Philosophy, is long gone, most of his theories live on, including his theory on persuasion.

According to Aristotle, there are three (3) methods in which to persuade people, namely, Logos, Ethos and Pathos – Greek for Logic, Ethics, and Emotions. Jay Heinrichs in his book, “Thank you for Arguing” wrote that logos, ethos, and pathos appealed to the brain, gut, and heart of the audience. Our brain tells us to agree with the facts, our gut tells us to trust the speaker, and our heart makes us do something about it. 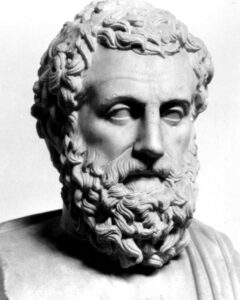 In this series of “Old is Gold”, we will learn to unpack Aristotle’s classic theory of persuasion in digestible portions, starting with Logos.

This method of persuasion uses logic, rationale, and evidence to convince the audience. Well-articulated and developed arguments in a speech provide logical appeal to the audience.

An argument is a reason or set of reasons given in support of an idea, action or theory. Speakers who do not develop their arguments well tend to make logical leaps or short-cuts in trying to prove a point. This will often result in the creation of fallacies – errors in reasoning, reducing the speaker’s persuasiveness.

When developing an argument, it is important to remember the AREL formula, an acronym that is short for Assertion, Reasoning, Evidence, and Link. A good way to ensure that an argument is well developed is to always take into account these 4 elements, as summarised below:

In a speech to persuade the audience that, “Corporal Punishment Should Be Abolished”, an example of an argument using the AREL formula would be as follows: 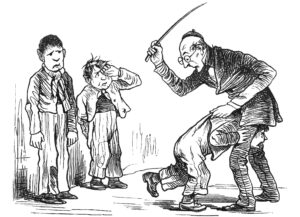 The AREL method is effective in guiding your mind to build arguments but it is not the only method in which to do so. Once you are in the habit of building arguments, logical premises can be more nuanced and assertions, more varied.

The next two installments of this series will focus on Ethical as well as Emotional Appeals.

In the meantime, see this speech excellent speech by Mai Mokhsein to see how arguments are presented in a debate. Can you spot her assertions and reasoning?