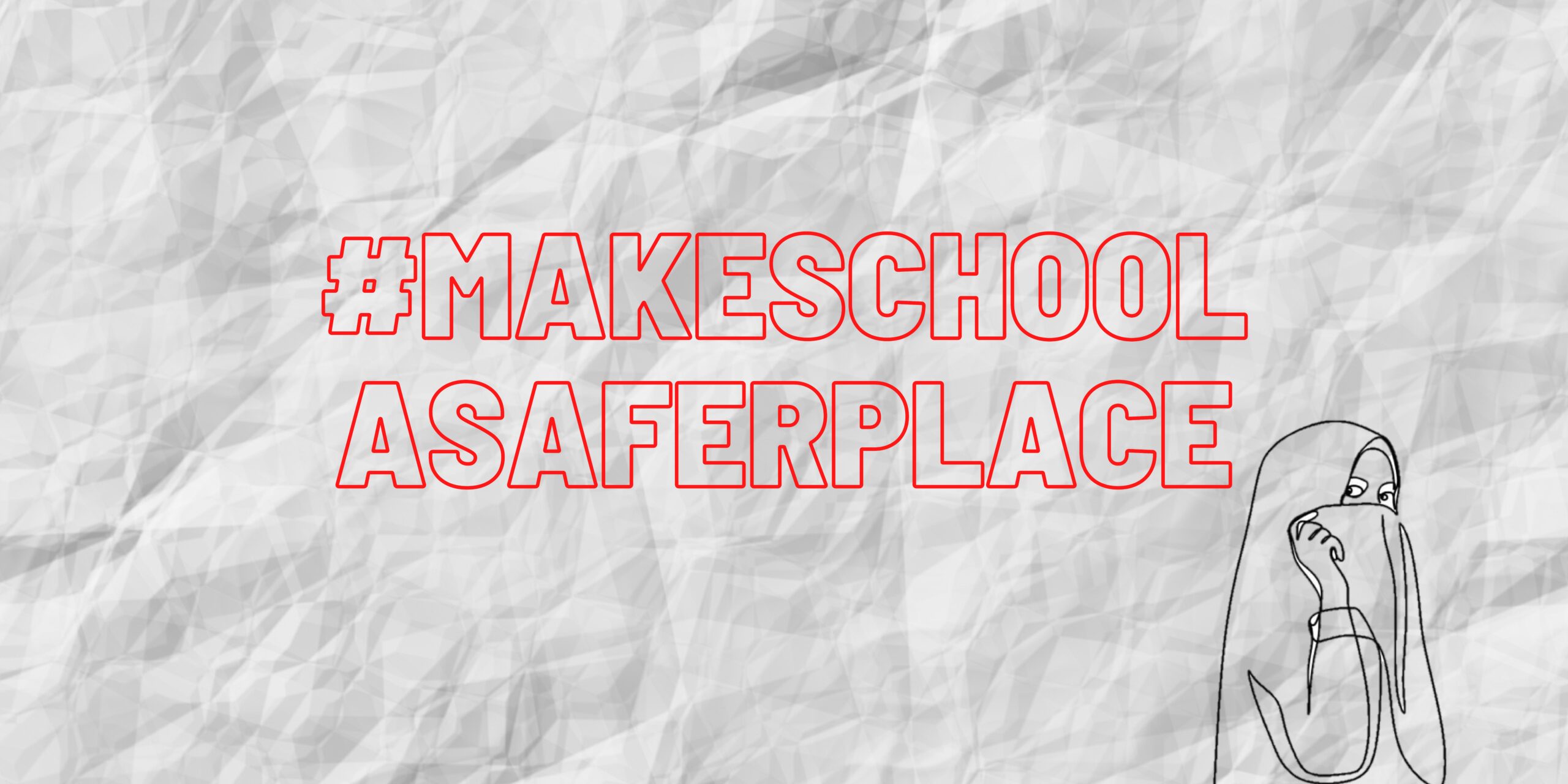 In light of recent news regarding the period spot checks, among other forms of harm and abuse towards students in numerous schools across the nation, I feel it is my obligation to speak up and expand upon this topic from my own experience.

"Many of us who grew up with this treatment didn't know it was wrong to begin with."

I will preface this article by stating that I don’t recall experiencing such assaults by teachers firsthand, apart from the “normal” forms of corporal punishment. Either that or my mind has somehow blocked the memory of any period spot checks I received. This happened almost 20 years ago, when I was between the ages of 9 and 12. However, the few memories from my time in sekolah agama (Islamic religious school) remain crisp in my mind. One of them was the image of my peers and seniors lining up in front of the female lavatory to be “checked.” These spot check days were conducted by ustazahs to inspect female students’ persons–to check whether their nails were coloured; whether their hair was dyed under their hijabs; and of course, whether the students were actually on their period or simply trying to avoid congregational prayers.

Again, this happened nearly two decades ago and apparently, not much has changed. What has changed, and for the better, is the newfound and growing awareness that many of us now have around topics and issues of this magnitude. I am thankful that light is finally being shed on this, because for so long many of us who grew up with this treatment didn’t know it was wrong to begin with.

"...I became overly conscious of my body, seeing it as a burden and an inconvenience..."

Focusing on my primary school years at an “integrated” Islamic school in Shah Alam, students were always told to “not ask too many questions”/”jangan tanya banyak soalan” and “not talk back to teachers”/”jangan menjawab ustaz/ustazah.” And we, the students, were conditioned to comply. The implicit education I received there very much shaped my formative years in the worst way because what child would find this nurturing and encouraging? My mother told me I was very talkative when I was younger, opinionated even with my kindergarten teachers, but that doesn’t mean I was rude–just not what my sekolah agama teachers expected from one of their students. And so to avoid being “difficult” and being shamed by my peers, who were already immersed in the school’s culture, I conceded and attempted to acclimate. This, I believe, is reflective of the education climate across the board at the time and I’m pretty sure is still prevalent to this day.

On top of that, the students were presented a rather toxic view of the religion of Islam, at least in my own opinion (I don’t pretend to know what the other students experienced). One that included the usual extremist checklist items intermingled with conservative Malay values: it is wrong to befriend non-Muslims; women who do not wear the hijab or are “free hair” are considered loose and immoral; women should feel ashamed of their bodies, just to name a few. In reference to the last point, I started developing much faster than my peers and felt the need to hunch my back to conceal my breasts because we were made to believe that women are responsible for men sinning. As a result of that culture, I became overly conscious of my body, seeing it as a burden and an inconvenience, destroying my posture in the process as well as damaging my psyche.

"In limiting access to knowledge, you stifle growth and cut off potential."

In various Islamic studies classes, the teachers would make it a point to teach the students to fear committing sin, which is not innately wrong–but the line between what is sinful and what is not became blurred. So too did the line between caring and moral policing. And as children always do, we absorbed all this. We saw it as law because our teachers said so, and they commanded respect as well as fear.

Fast forward to today, reading the news of the period spot checks sparked something within me. A growing sense of rage, resentment, and disappointment, not just in the teachers responsible for such disgusting crimes against those they are meant to protect and educate, but in myself as well. Why did I not think to tell my parents? Why am I only speaking up now? We can’t change or control what happened to or around us, but I believe it is never too late to make things better.

The teachers of my past, whether knowingly or unwittingly, exercised their power by breeding fear among students and, by extension, feeling it their right to determine whether or not their students are lying about being on their menses. Regardless if they are, is lying really a graver sin than groping students and asking them to expose themselves to you without question? Only years later did I realize the terrible, humiliating nature and implications of these spot checks–like I said, I was told never to ask.

As I grew older and started to mingle with more people from various backgrounds, cultures, races, and worldviews, I realized how poor my knowledge was of the real world, how limited I was in my sekolah agama. I started to develop a very jaded and twisted view of the Islam that is being practiced in this country. What merciful, just God would incite worship through fear? It became clearer to me when I furthered my studies at the International Islamic University of Malaysia (IIUM) that my religion, and my faith in it, was never the problem. I still hold God very close to my heart in my own way, and my experiences in university and the lecturers I learned from strengthened that faith. The problem is certain people with bigoted views imposing their strict ideologies unto others, making it seem like the be all and end all. And I learned that knowledge is limitless, and that you can always ask questions no matter how provocative they seem to be. In limiting access to knowledge, you stifle growth and cut off potential. You hinder students’ awareness of these activities being wrong, you silence them.

"...We, as a nation, cannot let this continue to happen or be normalised as before."

I realize that this problem is rampant across multiple types of schools (public, private, vocational, religious), affecting students of all genders, but I can only speak in terms of my own educational background. However, a general view that I’m sure everyone can agree with is that teachers should protect, NOT harm the students under their care. I am not claiming that my entire primary education and the teachers there were bad, neither am I exaggerating in my account. The teachers were probably ordered to do it. Perhaps they are a part of the cycle and have experienced this themselves. But we, as a nation, cannot let this continue to happen or be normalised as before.

Teachers, be mindful of the power you wield and honour your students with the knowledge you are tasked to pass down to them.

Parents, talk to your children frequently and openly–they want to be heard, they just need your help to make them feel unafraid.

Students, be brave, keep reading and learning about the world around you. Never let anyone make you feel ashamed of who you are and do what you want, so long as your good intentions prevail.

I thank the voices who have spoken up about their personal experiences with this problem, you have given me the strength to pen this article.

Our country still has a ways to go in finding its footing in the new normal where people are increasingly growing, being educated, and involved in world and human rights issues. Knowledge is power, and with power comes the responsibility to use it wisely and justly.