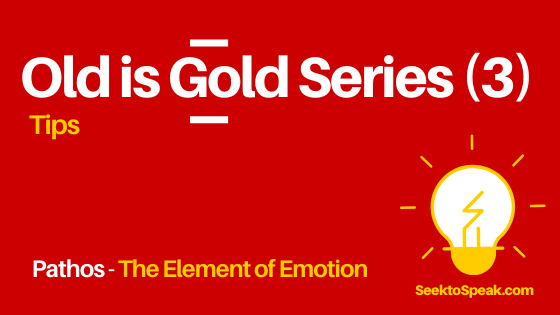 In India, the begging industry is estimated to be worth $1.5billion. In America, United Way Worldwide is the largest charity by donation with $3.9billion worth of revenues in 2018 alone. In Malaysia, MAPIM’s Sulawesi Humanitarian Mission managed to contribute a total of RM2.3 million for the victims of Indonesia’s earthquake and tsunami.

What makes people freely give up a portion of their income to those who are less fortunate? It is neither logic or instinct that drives people to help. It is their emotions, their compassion.

In this final installment of the “Old is Gold” series, we’ll explore how emotions can be used as a persuasive tool to convince others. Click here or here to read the first and second installments of this series.

Humans are social creatures by nature and emotions heavily influence our actions and thoughts. Emotions are also contagious, a phenomenon known as “Emotional Contagion”, in that we tend to mimic or get affected by the emotions of the people around us.

If we can generate the right type of emotion during our speech and enough amount of people feel something, the effect could spread like wildfire across the room. 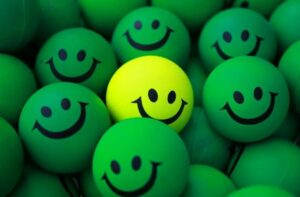 In the 2018 Malaysian elections, Pakatan Harapan fueled the flames of anger and instilled the power of hope to overthrow the government and win the elections. Though there were many logical reasons to vote for Pakatan Harapan, it was anger and hope that ultimately drove people to action, to vote, to fight for a change.

However, not all emotions are of equal value in terms of audience impact and effect. Some emotions are more powerful than others.

In the 2016 battle for America’s presidency, while Hillary Clinton used compassion to fight for inclusivity and empowerment towards marginalized groups, Donald Trump used fear to garner support for his campaign on tighter border controls – fear for the people’s safety, employment, and culture. The use of fear was so effective that even in the face of facts to prove otherwise, people were still afraid, believing such evidence to be untrue – choosing instead, to “rationalize” their irrational fears. Unfortunately for Hilary Clinton, unlike compassion or even anger, nothing mobilizes people more than a purported “threat” to their survival.

Studies show that negative or unpleasant emotions are more contagious and easier to spread than neutral or positive emotions. This does not necessarily mean that in giving a speech, you should only focus on scary negative emotions. This just means that emotions exist on a scale and you should explore the different types of emotions that can be generated in a topic, and choose only the best.

On the topic of MH370, you could either choose to incite anger at the government’s ineffective search attempts or attract compassion at the needless loss of life.

While anger may have sparked Malaysians to vote in 2018, nothing was more moving than a whole country grieving for the loss of family and friends on that tragic plane. The feeling of loss and sadness is more immediate and visceral than the subsequent feeling of anger that more could have been done. Therefore, on the topic of MH370, the use of compassion and sadness would generate the most emotional appeal.

It may also be the case that certain emotions are more suitable than others for a given topic.

In a speech against workplace sexual harassment, joy would be a very inappropriate emotion to invoke. Similarly, in a speech advocating for the equal rights of LGBT, though sympathy could be used to propagate for a change, the same may not be suitable. The LGBT movement is not one to be pitied, but rather, respected.

Finding the right emotion also depends on the goal of your speech or the stance you are taking.

On the topic of “Rohingya Refugees”, you have a variety of emotions to choose from. Anger towards the Myanmar government. Compassion to the survivors. Sadness for the victims. Depending on what angle you would like to take, choose the most suitable emotion for your cause. Anger would suit a plea to boycott Aung San Suu Kyi while compassion would help with a call for donations.

Broadly speaking, there are two ways in which to generate emotional appeal, i.e. through verbal and/or non-verbal communications.

In the English language, there are more than 400 words assigned to emotions and sentiments. This means that there is plenty of content to choose from to emote your speech. Generally, your sentences should be filled with words that direct the audience on how to feel and experience the same emotion. This can be done by providing vivid and descriptive words and sentences in your examples or anecdotes.

For example, you could turn this:

Malaysia should improve its financial literacy as the 2015 Bank Negara Malaysia survey showed that three out of four Malaysians found it difficult to raise even RM1,000 for an emergency. This also makes Malaysians more susceptible to financial scams. Statistics from the police department showed that there were 1,883 cases related to financial scams recorded from 2015 up to the first quarter of 2017, totalling up to a loss of up to RM379million.

The Malaysian people are suffering from a severe lack of financial literacy and much more should be done to tackle this serious issue. Shockingly, a 2015 Bank Negara Malaysia survey showed that three out of four Malaysians found it difficult to raise a meagre sum of RM1,000 in an emergency situation. The lack of financial literacy also makes Malaysians more likely to fall prey to predatory financial scams. From the year 2015 to the first quarter of 2017, there were 1,883 reported cases related to financial scams where the total loss incurred by such victims amounted to a staggering RM379million.

The first example is a good way to report a neutral piece of news but the second would be a good example of establishing the severity of the problem and invoking a sense of urgency to solve the problem.

Similarly, everything you say must be complemented with the corresponding vocal intonation, facial expression and hand gesture for the speech to be believable. It is important to ensure that your non-verbal cues are consistent and aligned with the words you are speaking.

According to the Communication Model propounded by Dr. Albert Mehrabian, there are three elements in any communication, i.e. Words, Vocal Expression, and Body Language. It was found that words only accounted for 7% of communications between people while body language and vocal expression accounted for 55% and 38% respectively. This means that people are more likely to believe what they see and hear rather than what you’re saying.

As a law student, I remember being taught that constitutional conventions “provide the flesh that clothes the dry bones of the law”. This mode of persuasion uses emotions to bring dry facts and boring reasoning to life. It makes people care about the evidence and the cause. It is what drives people to action.

This concludes the “Old is Gold Series” where we unpack Aristotle’s classic theory of persuasion. Please let me know if you would like to see more rhetorical theories being unpacked and applied.

Check out this moving speech by Humayun S. M. Khan’s father, Khizr Khan, on the Trump campaign. Humayun is an American Muslim soldier who died in combat on 8 June 2004.

Can you spot the verbal and non-verbal cues used to generate emotional appeal?

How to Conclude a Speech – Basic Dos & Don’ts