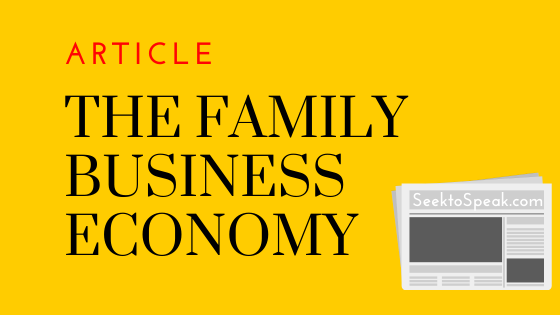 Have you ever thought about the people behind your late-night Ramly burger or Secret Recipe birthday cake? How about when you decide to take out a KSK Insurance policy or buy essentials from a nearby Mydin hypermart?

Well, these products and services are actually brought to you by enterprising local Malaysian families who have made a name and legacy for themselves through hard work and ingenuity. Family businesses are the backbone of Malaysia’s economy and can be as small as the familiar faces you see in Ramadhan food bazaars or as big as the success stories you hear on BFM radio. A family business can take many forms but at its core, it is a business that is largely managed or owned by the same family.

Despite the popular belief that the world is moving towards companies being widely-held and professionally-run, family businesses still make up two-thirds of all businesses in the world. As reported in the Family Firm Institute’s Global Data Points, between 70-90% of global GDP is created annually by family businesses. In actual numbers, the world’s 500 largest family businesses account for a combined USD6.8trillion in annual sales and employ nearly 25 million people.

These businesses are not just large in numbers but are excelling in their bottom lines as well. According to the 2018 Credit Suisse Family 1000 report, family businesses showed better revenue growth, margins and cash flow returns compared to non-family owned businesses in the same field. This is especially so in emerging markets like Asia where family businesses have outperformed their counterparts in other regions.

But what makes family businesses different and why do they perform better?

Firstly, these businesses are typically more concerned about the long-term sustainability of the company rather than obtaining quick returns. The oldest family business in the world is a Japanese one, Hoshi Ryokan. It is a hotel run by the same family since the year 718 and have gone through 46 generations! Family businesses are often legacy-oriented rather than profit-driven and can afford to play the long game in order to ease generational shifts and maintain tradition. The German company, Miele, is currently managed by the family’s fourth generation and has an annual turnover of USD4.8billion. Known for its luxury home appliances, the company has never taken external funding since its inception in the year 1899. According to Miele’s director, Dr. Reinhard Zinkann, “Keeping the company free from the often short-term interests of the capital market has helped us overcome economic crises, changes of government and periods of high inflation.”

Secondly, family businesses tend to instill a sense of loyalty and trust between their employees, customers, and partners.

This perception stems from most family businesses operating on a strong foundation of shared principles and beliefs that are usually inclusive in nature. These principles and beliefs represent the core values of the company and generally do not relate to its profitability but rather, the maintenance of relationships and dedication to quality. According to PWC Global Family Business Survey 2018, 84% of family businesses say they have a clear sense of agreed values and purpose. These values become the company’s corporate culture, binding the company’s stakeholders in solidarity. This makes family businesses more impervious to downturns as loyalty keeps employees, customers and partners from leaving.

Mars Incorporated, the creator of famous confectionery brands like M&Ms, Mars Bars and the Milky Way, employs more than 100,000 people globally and has operations in 80 countries. The company’s principles of “quality, responsibility, mutuality, efficiency and freedom” are not only codified but applied to its employees and suppliers. “From one generation to the next, it was always about how we did business rather than what we do as a business, and The Five Principles came out of that legacy,” said Victoria Mars, director of Mars Incorporated.

Thirdly, family businesses are also more inclusive to people who would otherwise be faced with social prejudices or established hierarchy – namely, women and millennials.

According to the CS Gender 3000 Report in 2014, the worldwide percentage of women on corporate board stood at only 12.7% whilst the PwC’s 2018 Annual Corporate Directors Survey reported that directors aged below 50 only fill up 6% of the S&P 500 board seats. However, the situation is very different in family businesses as EY Global Family Business Survey 2018 had reported that the overall board membership comprised of 16% women and in fact, 70% of family businesses are considering a woman for their next CEO. In a 2003 study regarding the determinants of family business performance in Malaysia, it was found that a majority of successors only work between 1 to 5 years in the family enterprise before eventually taking over. A majority (43.6%) of these successors do not have work experience outside the family business prior to joining despite being given senior executive positions upon entry.

Family businesses usually train their successors at a young age and are more willing to trust and give opportunities to family members despite not having the conventional experience to back such opportunities. According to EY’s Family Business Center of Excellence Report 2012, students have been found to have worked in the family business on an average of 3.9 years, with the average weekly workload reaching up to 18.2 hours.

Nevertheless, much like other types of companies, family businesses are not without their distinct challenges.

At the forefront of these difficulties are succession apathy and structural governance. In Malaysia, only one-third of family businesses survive the transition from founders to the second generation. As reported in EY’s Family Business Center of Excellence Report 2012, only 7% of students with a family business intend to take over after graduating with the number going up to only 13% five years after graduation. In overcoming succession apathy, it is important to get the family involved very early on so that the task of taking over a family business does not seem too daunting or unappealing. Since family businesses are not strictly professional and are typically personal to each family, it is important to establish a set of rules for ease of governance and a formal forum for dispute resolution.

For example, the Hong Kong-based company, Lee Kum Kee, had established a family constitution and council in order to best regulate the affairs of the business between family members. This was done in response to a dispute that arose between family members in the second generation which saw the company being taken to court.

There is a lot to gain from taking part in a family business, regardless of how big or how small, the level of involvement. I grew up being involved with my family business – graduating with a legal degree, entering the professional practice and ultimately joining the fold. At every step of the way, my involvement in the family business contributed tremendously in my growth and development as a student, lawyer and later, business owner. After all, family businesses represent a wealth of opportunities, knowledge, and experience.

Don’t have a family business? Maybe it’s time to start one.

Talk delivered during the International Melayu-Polynesia Conference on “Strengthening Youth Entrepreneurship across Malay Polynesia” on 13 and 14 April 2019 in Universiti Malaya. 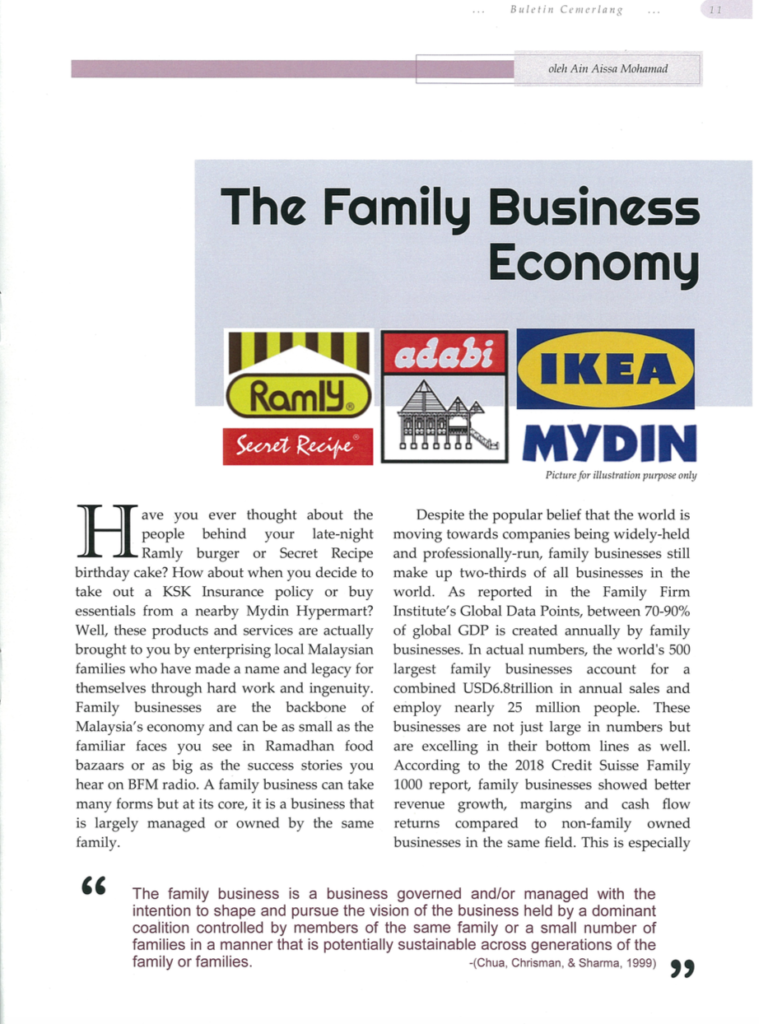 PPSMI – Confronting our past to improve our future 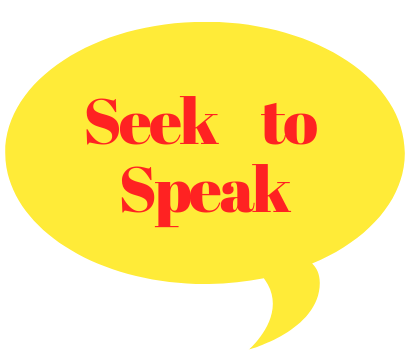 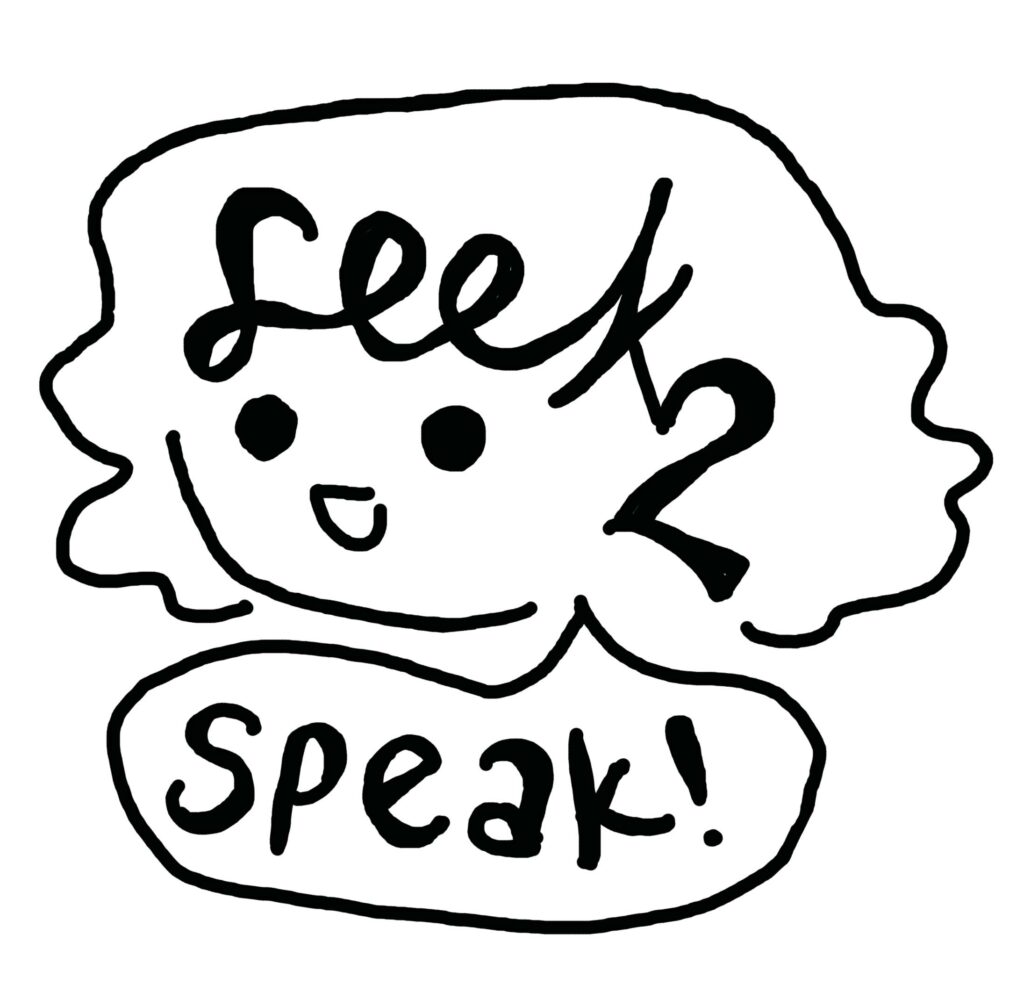 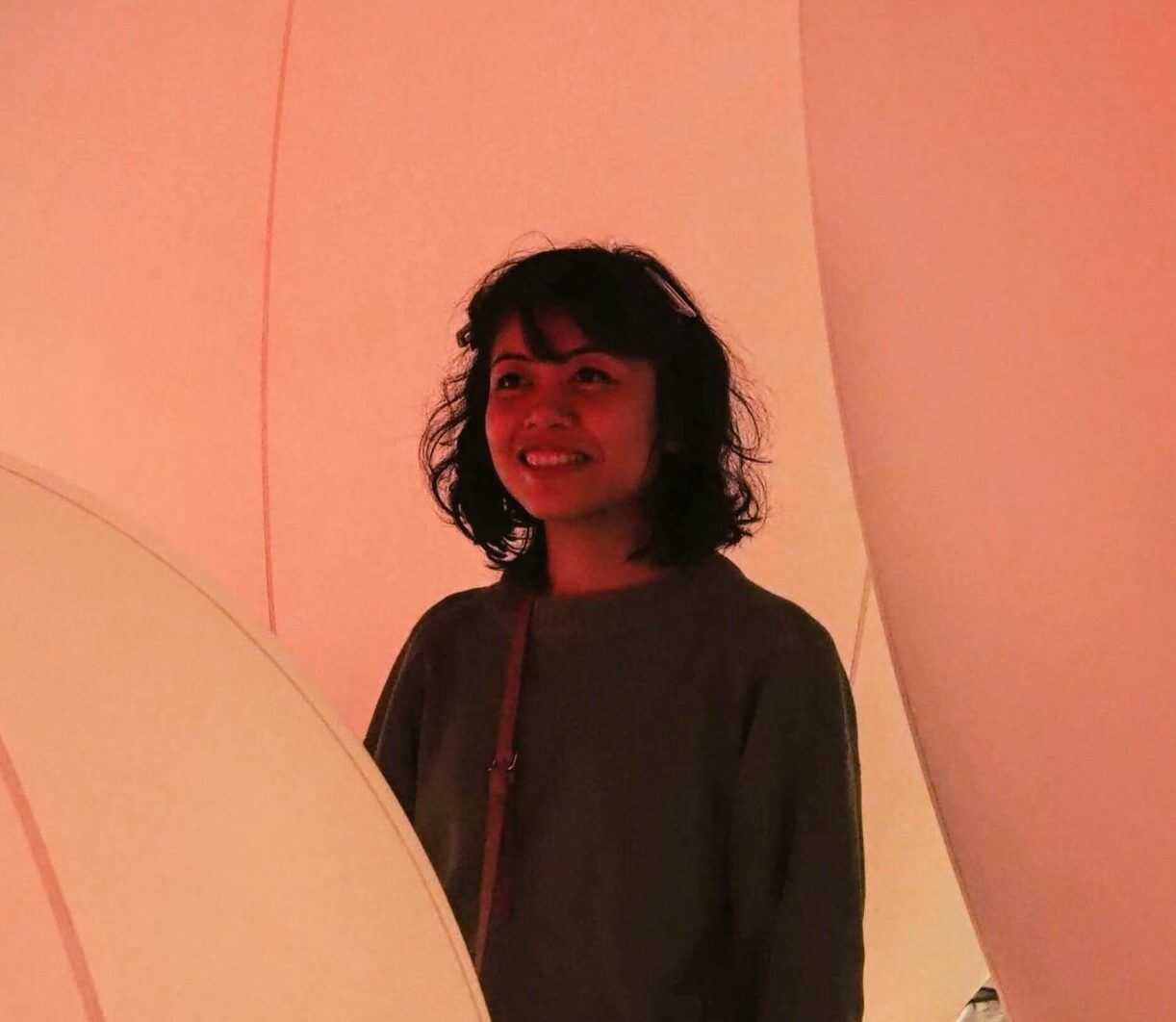 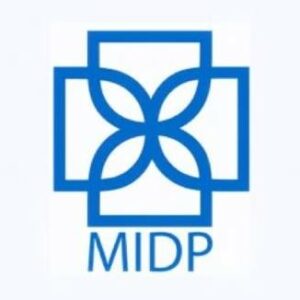 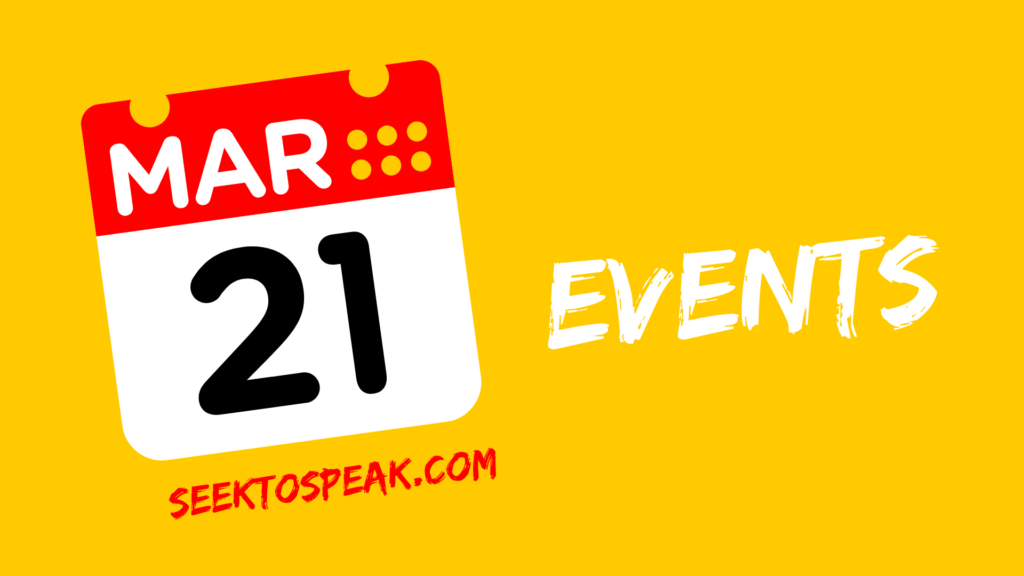 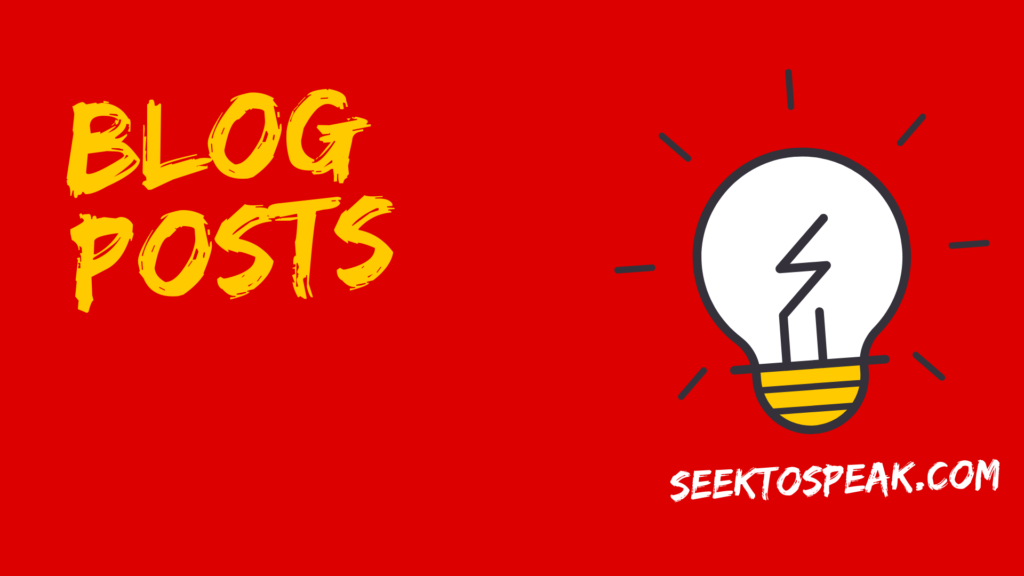